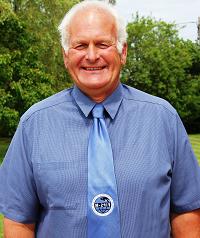 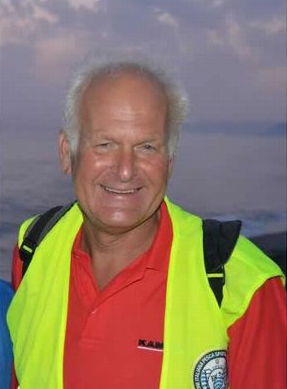 The organisers of the London Olympics gave a great boost to recreational sea angling this week with the announcement that England international shore fishing gold medallist, Chris Clark from Lymington in Hampshire, had been given the honour of carrying the Olympic Flame through his home town as part of a nationwide tour this summer.

For several years in the late nineties Chris was ranked as the No1 in the World but a horrific accident in 2001 has seen him only fish a few times at international level in recent years.

His right shoulder and upper arm were completely smashed and he now has a stainless steel shoulder joint and a rod going down into his elbow. He also suffered very serious leg injuries and was told there was a good chance he could finish up in a wheelchair and that his competitive fishing days may be over.

Chris was determined to prove the experts wrong.  Within three weeks after leaving hospital he was again fishing with his leg in a brace and one arm strapped up. Although casting was very painful and he got himself fit enough to fish the World Championships and won an individual bronze medal which Chris says: ‘ actually means more to me than any gold medal which I had won previously.’

Since his accident Chris now mainly concentrates on his role of manager of the England junior team. His daughter Lucy Jones nominated Chris to be a torchbearer in recognition of his achievements and his work with young people.

“I’m honoured and delighted to have been chosen to carry the Olympic Torch, not just for myself but for the sport of sea angling and for the Angling Trust for which I’m proud to be an ambassador. I’m really looking forward to taking the Olympic flame through my home town on July 14th even though running is not that easy for me since the accident. To keep myself fit I swim 50 lengths of the local pool at least three times a week and I’m confident that will ensure that the torch will be safe in my hands.”

"Chris's achievements as an international level sea angler speak for themselves and his tireless work helping young people is an inspiration to us all. It is fantastic that Chris, one of our new Angling Trust ambassadors, is being recognised like this and that a sea angler will be carrying the torch in the run up to the Olympics."

Back to top
Save
Cookies user prefences
We use cookies to ensure you to get the best experience on our website. If you decline the use of cookies, this website may not function as expected.
Accept all
Decline all
Essential
These cookies are needed to make the website work correctly. You can not disable them.
Joomla!
Accept
Analytics
Tools used to analyze the data to measure the effectiveness of a website and to understand how it works.
Google Analytics
Accept
Decline