Chris Clark, member of the FIPS-M board, received a British Citizens Award for nurturing young anglers 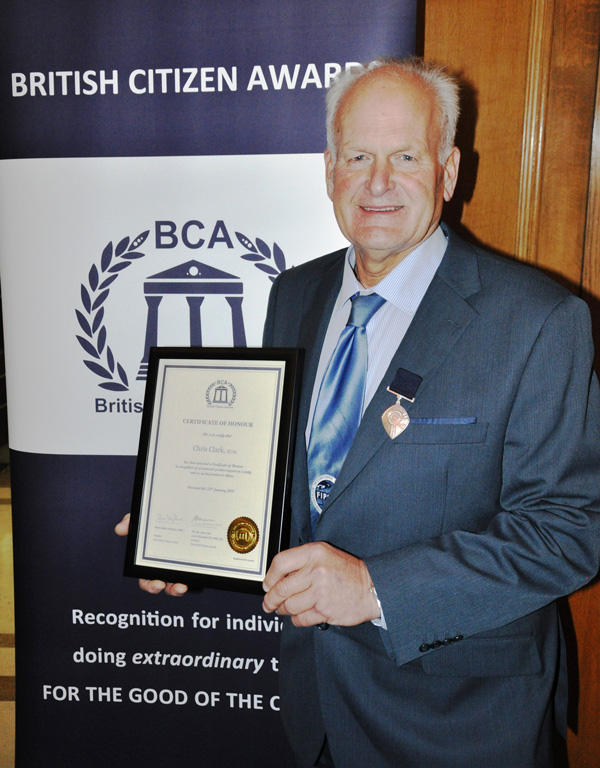 Chris Clark, responsibel for Shore Angling in the Technical Commission, was honored by the British Citizen Award for his exemplary commitment to young people.

The FIPS-m committee is proud of Chris and congratulates him for this high distinction that comes to few people in the UK.

Chris is renowned as one of the world's best sea anglers, a former World Champion who has won 23 world medals. Following a near-fatal accident in 2001, and suffering devastating injuries Chris decided to devote himself full-time to supporting youngsters in the sport and making it more accessible.
As coach of the Under-16 team, he has taken them across the world to compete, often using his own money to cover costs. But the 68-year-old is adamant that the sport should be available to all and not just those who can afford to fund it themselves.
Over the last 3 years Chris has had a lead role in developing and coaching on the Angling Trust Talent Pathway, a training program designed to help junior anglers transform into world class anglers. His dedication to coaching young talent helps to ensure that these young people have a solid role model and learn values that they may have otherwise not experienced.
His nominator said: "He has made a huge impact by sharing his knowledge. He teaches young people how to improve their fishing and imparts a vast wealth of knowledge of the sport".